Raquel Meyers is soon releasing a DVD for lightrhythmvisuals where she'll present her visual works, and have other people remix it. Here is Paris and Outpt's remix of the Retirementology video. The song was also recently remixed by Herv for Sonic Intifada. Remix remix remix remix remix... remix remix-mix, mix remix? Remix! Re mix, mix, re re.

Video: Raquel Meyers
The song is yet to be released.

After four years, here's my next CD-album. 14 songs and 2 videos, with PETSCII design by Raquel Meyers in a nice DIY-packaging. It has a remix by Herv, and my own remixes of Ugly Megan, Spookey Ruben and Mariah Carey. Released in Russia this weekend, but later available for 10 euros including shipping costs. Paypal me!. Perhaps you might be interested in an ACID BURGER or some t-shirts aswell.

I appear in three works shown at FILE festival in Brazil. Raquel Meyers' Retirementology and L-V–SC-LD-RTH-ND–TH. And also the old classic Kung Fu Glitch together with Entter. 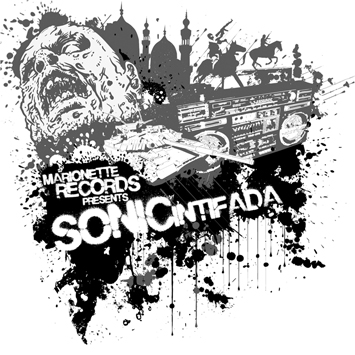 A CD-compilation with hard stuff on Marionette Records, including for example Donna Summer, the Teknoist, Michael J Rocks, Uncle Bad Touch, Bee-Log, and also Herv's re-work of my song Retirementology. It's a very nice rave-circus-pop piece, so get the CD or wait until it's free. The original version of the song is not released yet, but it's in this video. I'm saving it for my retirement.